Expert shoe repair with over 50 years of experience. Conveniently located in the southdale shopping plaza. Call of visit us today Some years later against all odds and in bad times he decided to open his store in what we now know as Northbridge but he was good with people determined knew his trade well and was convinced he could make a future for himself. He was retailing footwear some made by himself and also doing shoe repairs. Business was thriving and over the years he expanded the business and had a good reputation he specialised in hand making custom made football and soccer boots for many of Perths elite sports players. Over time his two sons ( Frank and Robert ) joined him and he expanded even further into more retail opportunities with stores in Claremont Applecross and Geraldton but he wasnt satisfied with that and expanded even further into the wholesale trade importing exporting and supplying other shoe repairers and wholesalers all over Australia with machinery parts and accessories. Danny sadly passed away in 2004 but his sons are keen to keep the tradition going with their own stores in Claremont and West Perth following in their dads footsteps and the love of footwear is obvious and comes through in the care taken in each and every job. They have the knowhow and equipment to do the job properly and compassion to look after their customers. 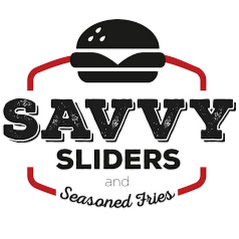